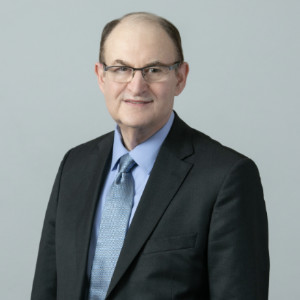 Dr. Klein received his BS. from the Massachusetts Institute of Technology (MIT). At MIT he was elected a Phi Beta Kappa scholar, as well as president of the MIT Chemistry Honorary Society. At MIT he worked closely with senior faculty on curriculum reform. He was recognized as one his class’s top two chemistry majors.

Dr. Klein entered Johns Hopkins in a joint M.D.-Ph.D. program. At Hopkins, he worked on several special projects with senior faculty and was elected into the AOA Medical Honorary Society. In 1978, Dr. Klein returned to Johns Hopkins as one of the country’s first Henry J. Kaiser Foundation Fellows in Internal Medicine. Following fellowship, Dr. Klein joined the Johns Hopkins full-time medical faculty where he did a mixture of clinical, teaching, and research work. After spending 4 years on the full-time Hopkins medical faculty, Dr. Klein decided to concentrate on direct patient care. As a result, he moved to Washington D.C. to join Foxhall Internists. Dr. Klein continues to hold a part-time faculty appointment at Hopkins, as well as a faculty appointment at Georgetown.

Dr. Klein has been active in several medical organizations. He is a past president of the D.C. Society of Internal Medicine and is a past governor of the D.C. chapter of the American College of Physicians. He has served on various national medical committees.

He has been selected multiple times as a “Top Doctor” in surveys published in The Washingtonian Magazine, Washington Consumers’ Checkbook, Best Doctors in SE United States, and Guide from the Center for the Study of Services.

Dr. Klein married his wife Gayle when he was a fellow at Johns Hopkins and they currently have two children in whom they delight.